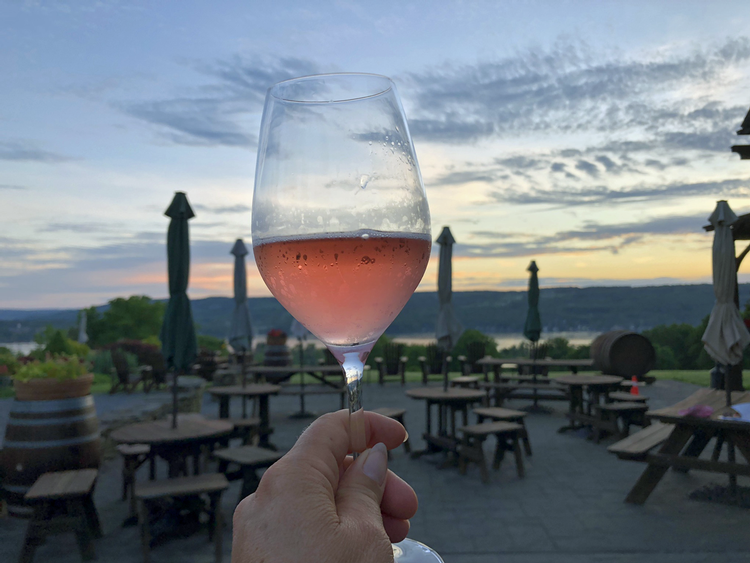 Back in January, we bottled a brand new wine and put out a teaser on social media for guesses. At long last, the mystery wine is officially revealed! If you're lucky, you've had the chance to taste and enjoy it!  It is:  Bubbly Zweigelt. We were hesistant to release this right away due to it's limited quantity. But we recently did, and it's been well-enjoyed!

Zweigelt is a red grape of Austrian origin. About seven years ago, we became intrigued by the idea of growing some at Humphreys Vineyard. Our head winemaker, Dan Bissell, fermented the juice entirely in tanks at a cool temperature to preserve its beautiful natural aromatics, and then added a little bubble to make it sparkle! It's crisp, with bright berry tones and semi-dry. Bring it to your next picnic, fire up some chicken on the grill with barbecue, lemon, or tomato-based sauce, or open this to enjoy with appetizers.

Fun fact: the Zweigelt grape was created in 1922 as a cross between St. Laurent and Blaufränkisch. So it's the 100th anniversary of this grape! We've got a few more Zweigelt undertakings planned for this anniversary year, so stay tuned! And in the meantime, make sure you sample some of this lovely sparkling rosé. We bottled 258 cases, and they are going quickly!

Commenting has been turned off.